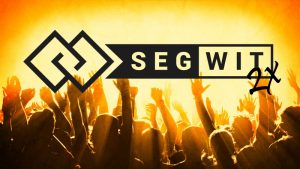 The bitcoin scalability problem is a consequence of the fact that blocks in the blockchain are limited to one megabyte in size.Blocks larger than one megabyte are automatically rejected by the network as invalid. Bitcoin blocks carry the transactions on the bitcoin network since the last block has been created.This allows for around three transactions per second maximum capacity rate.

The one-megabyte limit has created a bottleneck in bitcoin, resulting in increasing transaction fees and delayed processing of transactions that cannot be fit into a block. Various proposals have come forth on how to scale bitcoin and a contentious debate has resulted. Business Insider in 2017 characterized this debate as an “ideological battle over bitcoin’s future.